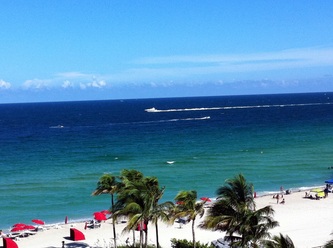 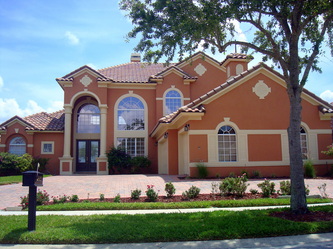 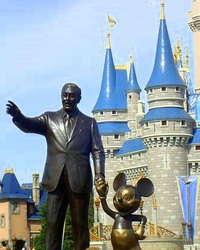 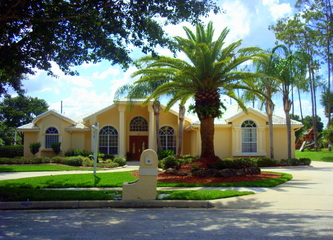 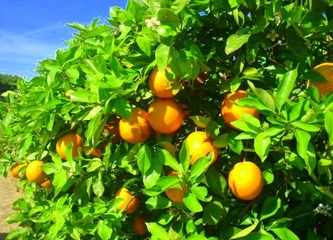 The city of Orlando is a major city in central Florida and is the county seat of Orange County, Florida. A 2010 U.S. Census population estimate gave the city population as 238,300, making it the fifth largest city in Florida. It is also the principal city of Greater Orlando. Orlando is also home to the University of Central Florida, which is the second largest university in Florida in student enrolment and has the 6th largest enrolment in the nation.

The city is nicknamed "The City Beautiful" and its symbol is the fountain at Lake Eola.  It's best known for the many tourist attractions in the area, in particular the nearby Walt Disney World Resort, which is located in Lake Buena Vista about 20 miles (32 km) south of Orlando city limits via Interstate 4. Other notable area attractions include SeaWorld and Universal Orlando Resort. Orlando attracts over 51 million tourists a year (3.6 million of them are international tourists).  Its airport, the Orlando International Airport (MCO), is the thirteenth busiest airport in the United States, and the 29th busiest in the world.Orlando has the second largest number of hotel rooms in the country (after Las Vegas, Nevada), and is one of the busiest American cities for conferences and conventions with the Orange County Convention Center, the country's second largest in square footage. It is also known for its wide array of golf courses, with numerous courses available for any level of golfer. Despite being several miles away from the main tourist attractions, downtown Orlando is undergoing major redevelopment with a number of residential and commercial towers.

In 2010, Orlando was listed as a Gamma world-city in the World Cities Study Group’s inventory by Loughborough University. According to Loughborough, Orlando ranks alongside other cities such as Belfast, Milwaukee, and Islamabad.[8]

Orlando's climate is transitional, with many characteristics of a tropical climate, but is situated on the southern fringe of the humid subtropical climate zone, Köppen climate classification Cfa. There are two major seasons each year. One is hot and rainy, lasting from June until late September (roughly coinciding with the Atlantic hurricane season). The other is the dry, warm season (October through May) bringing less frequent rainfall, yet still with warm temperatures. The area's warm and humid climate is caused primarily by its low elevation, its position relatively close to the Tropic of Cancer, and its location in the center of a peninsula. Many characteristics of its climate are a result of its proximity to the Gulf Stream, which flows around the peninsula of Florida.

During the height of Orlando's humid summer season, temperatures rarely fall below 70 °F (21 °C), and daytime highs average in the 90s (32–37 °C). The area's humidity acts as a buffer, usually preventing actual temperatures from exceeding 100 °F (38 °C), but also pushing the heat index to over 110 °F (43 °C). The city's highest recorded temperature is 101 °F (38 °C), set July 2, 1998. During these months, strong afternoon thunderstorms occur almost daily. These storms are caused by air masses from the Gulf of Mexico and the Atlantic Ocean colliding over Central Florida. They are highlighted by spectacular lightning and can also bring heavy rain (sometimes several inches per hour) and powerful winds as well as occasional damaging hail.

During the cooler seasons, humidity is lower and temperatures are more moderate, and can fluctuate more readily. Average daytime highs in January are about 72 °F (22 °C), and average nighttime lows are around 50 °F (10 °C). Temperatures dip below 32 °F (0 °C) on an average of two nights per annum, and the lowest recorded temperature is 19 °F (−7 °C), set on January 21, 1985. Because the winter season is dry and freezing temperatures usually occur only after cold fronts (and their accompanying precipitation) have passed, snow is exceptionally rare. The only accumulation ever to occur in the city proper since recordkeeping began was in 1948, though surrounding areas did accumulate 6" in a snow event in 1977. It is also likely that accumulations occurred in connection with the Great Blizzard of 1899. Trace flurries have also been observed in 1989 and 2010